The following “Do's and Don'ts” of drywall installation will help you avoid some common mistakes people make when tackling drywall projects.

Framing at the inside corners is often inadequate, making it impossible to fasten the edge of the drywall. The solution is to inspect the framing before you start hanging drywall. Make sure there's at least 1 in. of exposed framing at corners. If not, add another 2x4 alongside the existing framing.

Especially check along the top of walls that run parallel to the ceiling framing. Normally blocking is nailed to the top plate of the wall during the framing phase, but it's often missing. If you have to add blocking and don't have room to swing a hammer, drive screws into the blocking at an angle from below.

If you forget to mark the location of framing members before you cover them with drywall, you'll have a hard time placing the screws accurately. For foolproof screw placement, make marks and use them as a guide to draw a light pencil line across the sheet. Then you'll be able to place screws quickly and accurately. And you won't have to waste time removing screws that miss the framing.

Mark the location of ceiling joists on the top plate of the wall framing. Then mark the center of each stud on the floor. After the ceiling drywall is hung, mark the stud locations on the ceiling with a pencil before you start to hang drywall on the walls.

Avoid Tapered Edges on Outside Corners

Check the Fit Before Fastening

Even with careful measuring, you'll often run into an outlet hole that doesn't quite fit. The common mistake is to screw the drywall to the framing before trimming the opening. Then the drywall will break around the electrical box, requiring extra time to patch. The key to solve this problem is to check the fit before you press the drywall tight to the wall.

After carefully measuring and cutting out the openings in your sheet of drywall, hold the drywall in place. If the fit is close, fasten the sheet with a few screws along the top edge or well away from the outlet openings. Trim excess drywall away along tight box edges with a utility knife until the drywall slides easily over the outlet boxes. Then finish fastening the drywall.

There's no reason to measure and cut drywall for an exact fit. It'll usually just cause trouble. Jamming in a piece that's too tight will crumble the edge or break out a corner. Removing a piece to shave a too-tight edge is messy and time consuming. A loose fit avoids this problem. Cut it to leave about a 1/8-in. gap at edges. When you're hanging the ceiling, keep in mind that 1/2 in. along the perimeter will be covered by drywall on the walls. And the same is true of inside wall corners. So you can safely cut these pieces 1/4 in. less than the actual measurement and leave a gap in the corner if necessary. Even a piece whose edges aren't covered should be cut a little short. It's easier to fill a 1/8-in. gap with setting-type compound than to cut and repair a broken edge or corner.

Taping drywall is time consuming and tedious enough without adding extra joints, especially those hard-to-tape butt joints. So plan your job to use the longest and largest sheets possible. And don't scrimp on materials. Drywall is cheap.

If the walls you're planning to drywall are between 8 ft. 1 in. and 9 ft. 1 in. tall, consider ordering special 54-in.-wide sheets of drywall to avoid an extra horizontal joint. You'll find 54-in.-wide drywall at drywall suppliers, or you can special-order it from most home centers and lumberyards. You'll also speed up your job by using 12-ft.-long sheets of drywall rather than standard 8-footers. However, hauling 12-ft. sheets is difficult and getting them into the house can be challenging. For large jobs, have the drywall delivered. Many drywall suppliers will even stack the drywall in the house for an extra fee.

Avoid lining up a sheet of drywall with the edge of a door or window opening . Your home tends to shift and settle slightly, and that movement shows up at the corners of windows and doors. A joint at this location, even if it's well taped, is weaker than solid drywall. Chances are it'll crack in the future.

It's better to notch drywall around openings rather than to make a joint. For interior walls, simply continue over the opening with a full sheet and cut out the opening after you fasten the sheet. Windows on exterior walls are a little trickier. Measure and notch the sheet before hanging it. Get help when hanging notched sheets because the skinny section above the opening is often fragile. It's OK to join sheets over an opening (and often easier if you're working alone) as long as the joint isn't in line with either side. 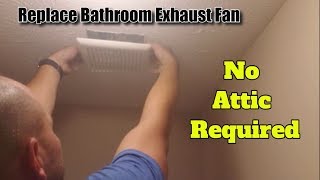